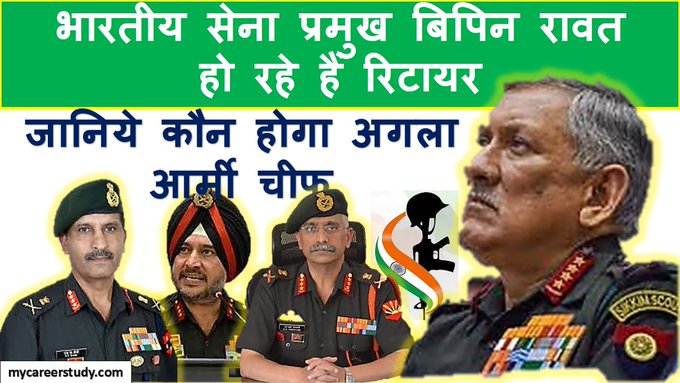 A list of three names has been submitted to Prime Minister Narendra Modi. Name of next Army Chief will be released soon.

Army Chief Bipin Rawat will retire on December 31. Discussions are continuing on the new Army Chief of the Indian Army. A list of three names has been submitted to Prime Minister Narendra Modi.

The three officers who are being considered for the post of Chief of Army Staff (COAS) are as follows.

The new army chief will be announced about two weeks before the retirement of Bipin Rawat.

We hope you enjoyed this article. Comment you opinion about this article, Share this information with friends.

10 ponds of Kanpur to be developed as picnic spots by March, Municipal Corporation...