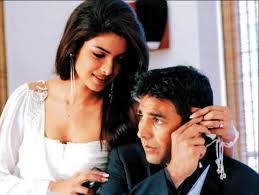 Akshay Kumar, whose real name is Rajiv Hariom Bhatia, is a famous film actor, as well as a producer and martial arts expert. People also call him ‘Akki’ out of love. Akshay Kumar has acted in over 125 films. He has been nominated several times for his films at the Filmfare Awards, of which he has won this award twice. He has been working in the Hindi film industry for a long time and is also known for his disciplined nature and routine. Popularly known as ‘Khiladi ke Khiladi’, Akshay performs most of the stunts on his own.

Akshay Kumar was born in Amritsar, Punjab. His father Hariom Bhatia was a Military Officer. His mother’s name is Aruna Bhatia. Akshay also has a sister named Alka Bhatia.

He did his schooling at the Don Bosco School and further studies at Guru Nanak Khalsa College, Mumbai. Akshay studied martial arts in Bangkok, Thailand after securing a black belt in Taekwondo, India. After returning from there, Akshay got his photoshoot done after which he was signed for the film ‘Didar’.

Akshay Kumar is married to Twinkle Khanna, daughter of Rajesh Khanna and Dimple Kapadia. They also have two children.

Akshay’s career as the lead actor started with the film ‘Saugandh’. Even before this, he got an opportunity in the film ‘Aaj’ in the role of a martial arts instructor but he had an uncredited role in it. Initially, his films did not get much response, but his Khiladi series films made him the ‘Khiladi Kumar’ of Bollywood.

It is said that Akshay had an affair with Pooja Batra, the famous model of that era before appearing in films. Even both of them were engaged, but the glare of the film world had an impact on this relationship and both got separated.

His affair was also with Rekha

Famous for romancing his heroine, Akshay Kumar’s affair was also heard with Bollywood’s Evergreen Heroine Rekha. It is believed that the two came very close to each other during the shooting of the film ‘Khiladi Ka Khiladi’.

Rekha was much older than Akshay in age. Due to which the affair was quite contrarian, although both Rekha and Akshay always avoided saying anything in the media about it.

Before Shilpa Shetty, Akshay Kumar had an affair with Bollywood actress Raveena Tandon. Raveena Tandon was one of the most glamorous heroines of her time.

It is also said that while Akshay was dating Raveena, at the same time he was also dating Shilpa. Perhaps this is why Raveena thought it better to end her relationship with Akshay and both of them got separated from each other.

Shilpa had an affair in the 90s

Akshay had an affair with Shilpa Shetty before marrying Twinkle Khanna. In the 90s, Akshay and Shilpa were among Bollywood’s hot couples. Shilpa herself confessed in an interview that she and Akshay had engaged, but Akshay’s heartfelt attitude led to a rift in their relationship.

It was believed that Akki improved after marriage but no, his most controverial affair also happened after marriage. During the shooting of the film ‘Andaz’, his affair with actress Priyanka Chopra was quite famous, whose twinkle wife also reached Twinkle.

After which there were also reports of estrangement between Akshay and Twinkle, but for the sake of his family, Akshay came out of this relationship.

Akshay, who was married to Twinkle Khanna on 17 January 2001, is living a happy married life today. But very few people know that Akshay was not in the mood to marry Twinkle.

but under pressure from Twinkle’s mother Dipal Kapadia, Akshay Kumar had to bow down and eventually both got married. They also have two children. After marriage, Akshay gave up his Play Boy image and today both are living a happy life.

Big Statement by Trump: He said before India’s tour- I like Modi, but not...